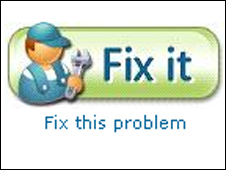 Google users are being victimized, apparently by politically motivated hackers. From the Google Online Security Blog:

We’ve noticed some highly targeted and apparently politically motivated attacks against our users. We believe activists may have been a specific target. We’ve also seen attacks against users of another popular social site. All these attacks abuse a publicly-disclosed MHTML vulnerability for which an exploit was publicly posted in January 2011. Users browsing with the Internet Explorer browser are affected.
For now, we recommend concerned users and corporations seriously consider deploying Microsoft's temporary Fixit to block this attack until an official patch is available.
To help protect users of our services, we have deployed various server-side defenses to make the MHTML vulnerability harder to exploit. That said, these are not tenable long-term solutions, and we can’t guarantee them to be 100% reliable or comprehensive. We’re working with Microsoft to develop a comprehensive solution for this issue.

The MHTML exploit is IE-specific because only IE supports MHTML, essentially a container format that stores several files in one document. The exploit has been around for quite a while now, but has only recently seen serious proliferation, partly because, as an IE-specific tool, MHTML is not cross-platform, so it's taken a while to take hold.

As noted above, Microsoft has issued a temporary fix, but it's just that: temporary. Users are still exposed and so is their data. User's should look into two-factor authentication to mitigate the loss of their username and password data. Google Authenticator is one such tool, and 2D barcode technology exists for those seeking stronger challenge-response security.
Posted by Anonymous at 8:14 AM