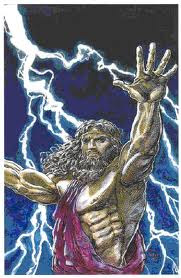 Malware writers are notorious for being flexible and oftentimes ahead-of-the-curve when it comes to exploits. According to a post by Dan Raywood at SC Magazine, the latest victims of malware writers are the users of RSA SecurID, which was breached by hackers in February 2009, and who were told they were in "safe" hands by none other than RSA. Well the nefarious and multifaceted Zeus has started to target RSA users as well. Victims receive a link with what's purported to be a security scanner for exploits of the RSA securid breach. This then installs a variant of the Zeus trojan. The RSA Securid related hack saga continues.

Zeus, and other hack attempts of RSA SecurID users will be on the increase. The number of phishing, spear phishing and man-in-the-middle attacks will be on the upswing and more such breaches will come to light. The key thing is for institutions, whether small or large, to adopt as many preventative measures as possible to mitigate such risks.
Posted by SK at 7:42 AM